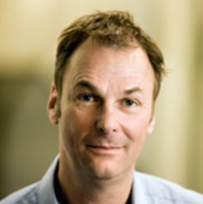 Dr. Anthony M. Grant was a Coaching Psychologist. He held a BA (Hons) (first class honours) in Psychology, a Masters of Arts in Behavioral Science and a PhD. The title of his PhD thesis was “Towards a psychology of coaching: The impact of coaching on meta-cognition, mental health and goal attainment” and is one of few doctoral thesis that explicitly examine Coaching Psychology. He was both a practitioner and an academic.

Anthony left school at the age of fifteen with no qualifications, completed his training as a carpenter and ran his own contracting business. Embarking on a second career in direct sales and marketing, he began tertiary studies in 1993 as a mature age student and then commenced a third career in his 30’s as a coaching psychologist.

In January 2000 Anthony established the world’s first Coaching Psychology Unit at the School of Psychology at Sydney University where he is the director. The unit offers post-graduate degree programs to Master’s level in Applied Science (Psychology of Coaching), the Master of Organizational Coaching and the Graduate Certificate in Applied Science (Applied Positive Psychology). Anthony was instrumental in the development and introduction of these programs. His coaching research and practice has frequently been reported in the national and international media. He co-wrote and co-edited five books on evidence-based coaching and had many coaching-related publications in the peer-reviewed and professional press. His books on coaching have been translated into eight languages, and he was widely recognized as a key pioneer of coaching psychology.