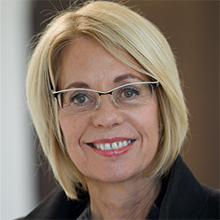 Why I became a coach and coach trainer/educator

I am in awe of human nature; coaching is my laboratory for the nature and science of human connection, change, growth, development, and thriving.

Why I co-founded the Institute of Coaching

Carol Kauffman and I began a conversation in 2004 on the importance of creating a scientific foundation of coaching and an academic institute. This conversation evolved to starting the annual Coaching in Leadership & Healthcare conference with McLean Hospital and Harvard Medical School in 2008, followed by founding the Institute of Coaching in 2009 with visionary and benefactor Ruth Ann Harnisch and co-director Susan David.

Margaret Moore, MBA (aka Coach Meg) is a 17-year veteran of the biotechnology industry in the US, UK, Canada, France. She served in executive roles at three companies which later joined Sanofi, and served as CEO and COO of two biotech companies. In 2000, Margaret shifted from high tech medicine to coaching in healthcare and wellness, and founded Wellcoaches Corporation - strategic partner of the American College of Sports Medicine, now a standard-bearer for professional coaches in healthcare and wellness. The Wellcoaches School of Coaching has trained more than 11,000 health and wellness coaches in 50 countries.

Margaret is co-founder and co-director of the Institute of Coaching at McLean Hospital, an affiliate of Harvard Medical School, and a course director of the annual Coaching in Leadership & Healthcare conference organized by the Institute of Coaching and delivered by Harvard Medical School. She is a faculty member of Harvard Extension School, teaching the Science of Coaching Psychology. She is a co-founder and member of the National Board for Health & Wellness Coaching, a nonprofit subsidiary of the National Board of Medical Examiners, that has launched national standards and certification of health and wellness coaches.

Margaret, a dual Canadian and US citizen, was born on a dairy farm northeast of Toronto where she attended a two-room school and learned to drive a tractor. She is a board member of the Boston Philharmonic Orchestra. Margaret lives with her husband, Paul Clark, a prominent biotechnology patent attorney at Clark & Elbing, in Wellesley, Massachusetts. She is stepmom to three adult Clarks and grandmom to their three children.