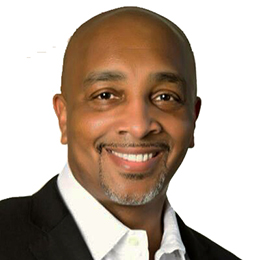 D. Ivan Young, PhD, MCC, NBC-HWC, CPDC has dedicated his life to helping people create positive, lasting change in their lives. Dr. Young is a two time recipient of The President's Lifetime Achievement Award for his contributions as an inspirational thought leader and life coach. He was named “Life Coach of the Year” in 2017 by the National Black Life Coaches Network and has also been elected to the Forbes Coaches Council in 2021.

Dr. Young is the author of two books: Another Chance...Where Would You Be Without One?, Break Up, Don't Break Down. He is a TEDx speaker, and has been featured by CNN, MSNBC, 20/20, The Huffington Post, Black Enterprise, FOX News, ABC, NBC, CBS Radio, iHeartRadio, and Access Hollywood. He has been a recurring expert on TV One's Fatal Attraction & Justice by Any Means and the Oxygen Network's program Snapped - Killer Couples.