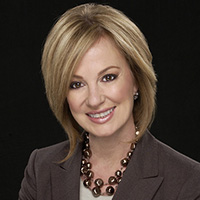 Suzanne Bates is an American business consultant and executive coach based in Wellesley, Massachusetts who is regarded as an authority on executive communication. She wrote two books on business communications which were described as bestsellers. She worked as an on-air reporter and anchor for television stations in Boston, Tampa and Philadelphia. In 2000, Bates started her consulting firm, Bates Communications, to coach business executives in matters related to executive communication. It is based in Wellesley, a suburb of Boston. Her firm advises clients such as Fidelity Investments, Raytheon, Dow Chemical, and Blue Cross Blue Shield. Bates was born in Danville, Illinois and received a bachelor's degree in journalism from the University of Illinois.