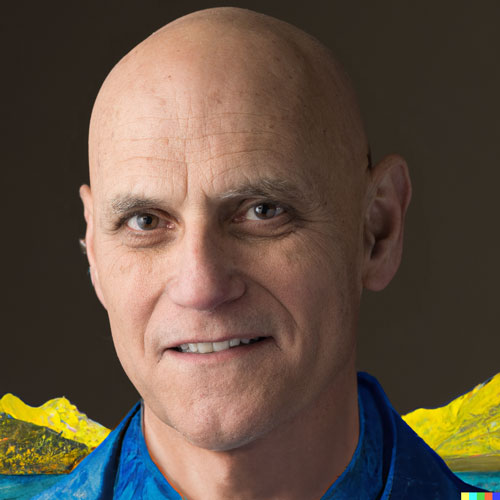 Steven C. Hayes received his Ph.D. in clinical psychology from West Virginia University in 1977 and is currently a Nevada Foundation Professor and Chair of the Department of Psychology at the University of Nevada.  An author of over 35 books and more than 500 scientific articles, his interests cover basic research, applied research, methodology, and philosophy of science.  He maintains an active laboratory focused on language pragmatics and semantic relations.  His recent applied research has been focused on the analysis of emotional acceptance methods in psychotherapy, where he currently has a million dollar grant to assess their impact with drug abusers.

He is also known for his methodological work on single-case experimental designs and has written extensively on contextualism as a philosophical system.  In 1992 he was listed by the Institute for Scientific Information and the American Psychological Society as the 30th “highest impact” psychologist in the world during 1986-1990 based on the citation impact of his writings.

Steve is also known for his organizational work. He has played a key role in starting two scientific societies: the American Psychological Society and the American Association of Applied and Preventive Psychology. Steve is Past-President of Division 25 (behavior analysis) of the APA and of the American Association of Applied and Preventive Psychology. He was the first Secretary-Treasurer of the American Psychological Society, and is currently President of the Association for Advancement of Behavior Therapy. He is currently co-organizer and co-chair of the Practice Guidelines Coalition, a national effort that is bringing together over 600,000 professionals and insurance companies covering nearly half the nation’s population into a partnership to try to develop empirically-based clinical practice guidelines.