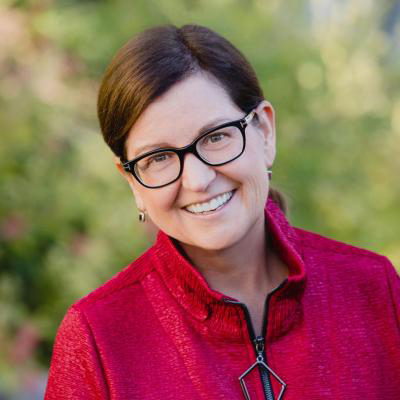 Jeanne believes that how you feel at work is how you will do at work. She partners with leaders to identify where they are most energized in their excellence, and supports them in putting to use these unique strengths to accelerate and expand what is possible. Having spent a number of years working with the Marcus Buckingham Company -- a  global leader in leveraging a Strengths-based approach --  and steeped in Positive Intelligence and Positive Psychology, Jeanne has a studied appreciation of increasing an individual’s potential when you begin with positivity.

Jeanne has coached executives in a wide-variety of industries, and brings a global experience in leadership development, executive presence, team systems coaching, training, facilitating, speaking engagements, contributing author to Forbes, leading executive career retreats, and coaching leaders at all levels within an organization.

Jeanne was tapped to lead and facilitate transformative change in some of the top companies in the world by building strength-based cultures which resulted in increased engagement, higher productivity, expanded innovation and increased sales. Some former clients include: Deloitte, BCG Cisco, Accenture, AECOM, EY, ADP, Intel, Facebook, Salesforce, and Amazon to name a few.

Jeanne is currently an executive coach and on the faculty of The Hudson Institute of Coaching. And just before joining The Hudson Institute, Jeanne built and led a team of executive coaches at a rapidly growing SaaS company in Southern California, where she architected a thriving coaching culture that was recognized as the best in the world from the International Coach Federation in 2019.

Jeanne is a Fellow at Harvard Medical School through the Institute of Coaching, and has served as President of the International Coach Federation in Los Angeles. She earned her BA from the University of Santa Clara,  and spent several years as an adjunct professor at Fordham University in NYC.

Jeanne lives in Los Angeles her wife and sweet old dog, Tallulah. Her most recent ‘bucket list’ dream is in motion as she learns to play the cello. (it is a lot  harder than it looks!)