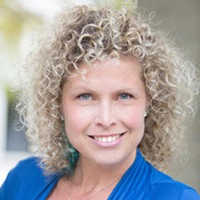 Courtney Birch Webster brings an impressive skill set to her work as executive coach and facilitator based on her remarkable life experience, excellent professional training and proven success with clients. She has a private practice and is also an Executive Coach for both The Marcus Buckingham Company and The Trium Group.

Her results-oriented approach is driven by a belief that the client’s success comes from a bold action plan using measurable goals to generate extraordinary results in lives, careers, and business. She delights in working with clients to increase their effectiveness, productivity, engagement, impact, and joy by focusing on and leveraging their unique strengths and genuine brilliance. Courtney believes every session is an opportunity to become more of who you are and to get more of what you want.

Before becoming a coach in 2008, Courtney spent 20 years in the high-demand industries of television production and hospitality. Courtney excelled as a TV producer and host with an entertainment career that included being the on-air Internet Expert for over 400 episodes of a late-night series on FX, coordinator for more reality sports shows than she can remember, and a producer for an HBO documentary series that might make you blush. And in a more distant life, Courtney dominated in sales while working for Four Seasons Hotels & Resorts where she was recognized on nine occasions as the Top Sales Producer for the entire company.

Courtney attended the University of Massachusetts – Amherst earning a Bachelor of Science degree with a Minor in Spanish. She is a Certified Professional Co-Active Coach receiving her training and certification with the Coaches Training Institute and holds a Professional Certified Coach credential through the International Coach Federation (ICF). She has served on the board of the ICF-Los Angeles chapter for 5 years, including President in 2016, and is an original Founding Fellow at the Institute of Coaching - McLean Hospital, Harvard Medical School affiliate. Courtney is also an advocate for change in the world of recovery and has served for 4 years as a Chairperson for the Women’s Association of Addiction Treatment in Los Angeles.

Courtney is living the dream on the west side of Los Angeles with her charming British husband, Nick, and their ridiculously amazing son, London. She loves digging her toes in the sand, creating adventures out of the ordinary, traveling to lands near and far, and laughing to the point of tears with friends and family.