Are We Biased? Exploring Biases in Coaching Practice

Submitted by Carlos Davidovich May 19, 2017 - 2:48pm
Are We Biased? Exploring Biases in Coaching Practice 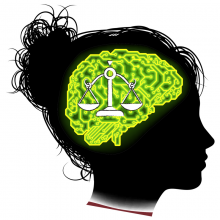 Coaching practice is an interaction between two individuals, where one is seeking help and the other is providing it. Neither party is free from his/her biases in this process. Let’s take a closer look and get a better understanding of what those biases might be.

The first assumption/bias in a client’s mind is that the coach knows how to solve their situation, whatever the situation is, or is able to provide the right support in doing so. The coach may harbor the assumption that they can always help. These beliefs can play out in a healthy or negative way. For instance, on an unconscious level we could be facing the myth/bias of a highly unproductive relationship between a coach and a client, where they are a savior and victim respectively.

Attributes of the coach will depend on his/her level of self-awareness. One commonly expected attribute is a high level of empathy. Coaches have to be aware how our empathetic personality transitions into, and affects the coach–client relationship.

A high level of unconscious empathy commonly leads to falling into a bias trap. A large amount of scientific evidence suggests that within our brain the center for empathy and analytical thinking are not only connected, but are also in competition with each other. When an empathetic reaction is activated there is less possibility to properly apply our analytical thinking. As coaches we need to learn and find out the right balance between the two. If our objective is to help our client, then we need to keep a healthy distance to be able to preserve our judgment and ensure that our criteria are as accurate as possible.

A good example of this in practice is trying to find common ground with our clients. While this is important in order to connect and build trust, we need to stay actively aware during this process. Otherwise, these common grounds could result in believing that our behaviors or reactions to certain situations would be identical, expecting a similar response from the client.

More studies suggest objectivity is not part of human condition; that our mind is not capable of being fully objective. Our perception is always intertwined with our understanding of the world, with our own story, with our past, etc. This brings to mind the old quote from the Talmud, “We don’t see the world as it is, we see the world as we are.” As such, the best way forward is to increase our awareness about the causes of our thoughts, comments and behaviors as coaches.

During the 1960's Paul McLean offered us the “triune brain hypothesis” in which he proposed that we have three different subsystems, or brains. In McLean's view the evolutionary process added brains on top of the already existing one, instead of replacing the current brain. These are the subsystems that traditionally are described as the reptilian brain, the limbic or emotional brain, and the rational brain. Our biases are neither inherently right nor wrong. We have been building them for eons in our different brains; they are ingrained primarily in our reptilian and limbic brain, and their end functions (and biases) are linked to our survival.

In the best-selling book: “Thinking Fast & Slow,” 2002 Nobel prize winner Daniel Kahneman describes a different approach on how the brain works, splitting it into two systems. ”System 1” is fast, unconscious, effortless, implicit, acts with no self-awareness, and can run on autopilot. “System 2” is instead slow, conscious, effortful, explicit, with self-awareness, and reflective. As Kahneman says, “System 1 runs the show, that’s the one you want to move.”

If we connect both theories, biases are a part of System 1 and are mainly located in our two more primitive brains: the reptilian and the limbic. System 2 runs into our rational brain; and it’s the “lazy fact checker.”

These cognitive biases, called “mindbugs” or “unconscious inference” are defined as: “Ingrained habits or thought that lead to errors in how we perceive, remember, reason and make decisions.” Over 150 of these cognitive biases have already been identified, and to some extent they are useful tools at our disposition. They are also known as: “Cognitive shorthand; a fast passage to safety”.

One of the most common biases in coaching is the Confirmation Bias. When a coach employs Confirmation Bias, they are listening with a bias, and are trying to confirm that their early hypothesis regarding a client’s situation is correct. In doing this we risk not listening to the whole story or viewpoint of our clients.

While there is no magic formula, we as coaches are obliged to work proactively on our self- awareness to confront our unconscious biases. Here are the steps I recommend using to gain bias awareness:

Step 1: Recognition and acceptance. Let’s be humble in accepting our biases; this is the first step in taming them.

Step 2: Practice the old saying: “The opposite of every truth is true as well” (H. Hess). Every time we arrive at a conclusion regarding our client, challenge this conclusion by looking for a view point or solution on the opposite side of the spectrum. The flip side always gives us something to learn and as such making an active effort to understand it is a useful technique.

Step 3: In a similar line, apply re-framing, a basic tool in any coaching approach, as frequently as you can. As a rule always offer more than one different perspective from the client’s one. The practice of offering different perspectives helps identify and overcome biases, both your clients and your own.

Step 4: Be playful. Make this a game for yourself. This is what I do in my coaching practice. From the moment I meet my client I verbalize, to and for myself, my first impressions or assumptions. Even though I still don’t know enough of my client’s story or situation, I have already arrived at a series of conclusions. Because I know at that point I barely have any information, I can better identify my assumptions as biases. And once I have enough information to build a more accurate hypothesis to work with my client, I measure the gap between my initial assumption and the more complete understanding I now yield.

Remember that this process of building assumptions runs on auto-pilot; it’s unavoidable. It’s our System 1 in action. When we meet a new person, it takes .001 second for our brain to label that individual as either friend or foe: “Better safe than sorry!” Our System 1 is full of biases; invite ¨System 2¨ to the conversation and listen carefully. Let’s be in command.

I find this exercise both fun and informational, it helps us to identify and address them. And because we normally repeat our patterns of thoughts, through time this bias recognition becomes easier and we are able to deal with biases more efficiently. Try it; it is fun and is amazing how much we can learn and improve in our coaching practice. This is one of the cornerstones of my practice as a coach.

Interesting to think about

Thank you, Carlos, for these interesting thoughts. I often think about the relationship between coach and coachee and found it interesting to learn why a person chose to work with me as their coach. Did they choose me because we think alike (and therefore potentially share similar bias or preferences) or di they choose me because they perceived me as being quite different from them and therefor potentially bringing a different thought process (insert bias or preferences). You mention that as coaches we need to keep a healthy distance to be able to preserve our judgment and ensure that our criteria are as accurate as possible. I agree and tend to question if I am following a certain path because I share the same bias with my coachee or if I am being influenced by the bias of my coachee. Can we share similar bias or is this truly unique?