In this talk, we’ll explore a series of experiments about emotion whose conclusions seem to defy common sense. We’ll learn that common sense is wrong, and has been for 2000 years. In the process, we’ll dispel several of the most widespread fictions about emotions that lurk in boardrooms, classrooms and bedrooms around the world. We’ll then explore a radically new scientific understanding of what emotions are and how they work.

This is a public webinar. Attendance will be limited to the first 1000 people. The recording will be emailed to all registrants.
By signing up for this event I agree to be added to the IOC email list and receive updates, event invites, and  resources from IOC. 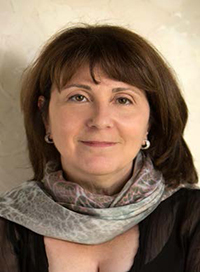 Lisa Feldman Barrett, PhD, is a University Distinguished Professor of Psychology at Northeastern University, with appointments at Harvard Medical School and Massachusetts General Hospital. In addition to the book How Emotions are Made: The Secret Life of the Brain, Dr. Barrett has published over 200 peer-reviewed, scientific papers appearing in Science, Nature Neuroscience, and other top journals in psychology and cognitive neuroscience, as well as six academic volumes published by Guilford Press. She has also given a popular TED talk. Her forthcoming book, Seven and a Half Lessons about the Brain, written with support from a Guggenheim Fellowship and a grant from the Sloan Foundation, will be released in America on November 17th, 2020.

Dr. Barrett received a National Institutes of Health Director’s Pioneer Award for her revolutionary research on emotion in the brain. These highly competitive, multimillion dollar awards are given to scientists of exceptional creativity who are expected to transform biomedical and behavioral research.

Among her many accomplishments, Dr. Barrett has testified before Congress, presented her research to the FBI, consulted to the National Cancer Institute, appeared on Through The Wormhole with Morgan Freeman and The Today Show with Maria Shriver, and been a featured guest on public television and worldwide radio programs. She is also an elected fellow of the American Academy of Arts & Sciences and the Royal Society of Canada.

Join us Wednesday, March 29th for our next CoachX Conversation with Dr. Shaunna Payne Gold about embracing race. Dr. Shaunna will be talking with the Institute of Coaching’s Director of Education, Pamela Larde as a follow-up to a public webinar with the IOC.

In this highly interactive webinar, you will learn how to navigate conversations, even working through an impasse, so that you can move from conversational mystery to coaching mastery.

Nobody wakes up in the morning aiming to be average. Join Ruth Gotian and Jeff Hull as they discuss tools to help you to reach your own peak performance.

This webinar provides participants with the tools and guidance for coaching managers through conversations around mental health by giving them the skills and confidence necessary for cultivating cultures of psychological safety and mental wellness.

In this engaging and interactive webinar, coaches will learn about the “7 rules” and how to apply them impactfully in the lives of clients and beyond.