Webinar: Special Tribute to Anthony Grant: A Review of the Contribution of the Coaching Psychology Unit at Sydney University

The world’s first Coaching Psychology Unit was established by Anthony Grant and Michael Cavanagh at the University of Sydney in 2000. The Coaching Psychology Unit remains a leading institution in coaching research, education and practice to this day. The work of Tony Grant and the team at the University of Sydney has had a significant impact on the field of coaching science. The coaching psychology unit’s prolific research output has included hundreds of papers, keynotes and conference presentations, making many of the most important innovations in the development of coaching and coaching practice internationally. They are also one of the pre-eminent institutes of coaching education, having established several post-graduate coaching degree programs, producing over a thousand graduates.

Earlier this year, Professor Anthony Grant, then director of the coaching unit, passed away leaving both a gap in the field of coaching and an impressive legacy of scholarly work. Tony’s work and contribution to the field of coaching have been highly recognized with multiple awards internationally. Sean O’Connor and Michael Cavanagh continue the pioneering work of the Coaching Psychology Unit. During this webinar they will highlight 20 years of research and contribution the Coaching Psychology Unit has made to the field of coaching psychology, as well as highlighting new research and directions currently underway to meet the changing needs of our world.

The Institute of Coaching will announce the establishment of an award for outstanding research in coaching and call for nominations. 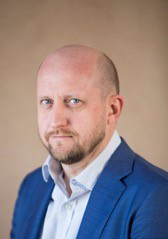 Sean O’Connor is the Director of the world-renowned Coaching Psychology Unit at the University of Sydney and an internationally recognised practitioner, researcher, and academic within the fields of organisational development, positive psychology, leadership and coaching psychology. Sean has taken an evidence-based approach to supporting and coaching hundreds of executives, senior leaders, and middle managers from a broad range of sectors from across the globe. Sean’s research focuses on the influence of leadership coaching on the well-being of others within organisational networks and complex systems. Sean is a Harnisch Scholar at the Institute of Coaching, publishing numerous book chapters and peer reviewed journals. Sean regularly speaks at international conferences, winning numerous awards for his ground-breaking research on the coaching ripple effect. 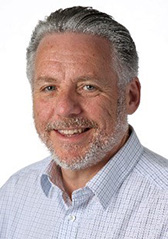 Michael is an internationally recognized academic, consultant, practitioner in the field of leadership and coaching psychology. Michael’s work focuses on preparing leaders, teams and coaches to work effectively and sustainably in complex settings.  In his academic work he is the Deputy Director of the Coaching Psychology Unit at the University of Sydney (Australia) and Visiting Professor at Middlesex University (UK). He has coached leaders and managers at all levels from a diverse range of public and private, national and multinational organizations, both in Australia and internationally.   Along with numerous publications in the peer reviewed press, Michael is the principal author of the Standards Australia Handbook of Organisational Coaching. He is also the Australian editor of the International Coaching Psychology Review. Michael’s passion is educating coaches and assisting leaders, organisations and individuals to understand and address complex challenges in ways that increase the sustainability of the organisation, its people and the planet.

In this highly interactive discussion, Rick Simmons, CEO, the telos institute, will provide coaches the framework to work with clients and leaders to help them realize the incredible potential of these uncertain times.  At Telos, we use the term “liminal space” to define periods of discontinuity that create an openness to change, much like the environment many of us find ourselves in today. Utilizing real-life examples of when liminal space was best managed for transformative results, the discussion will highlight effective methods to facilitate the journey to successfully capture the power of liminality.

Join Jeff Hull and other IOC Fellows to discuss the Unleashing the Power of Liminal Space webinar from Rick Simmons.  We will be discussing key themes as they apply to our coaching practices.

This event is exclusively for Fellows

The Internal Family Systems model is an extremely popular form of psychotherapy that is  increasingly being applied to coaching. Using it, coaches help clients quickly access a state called the Self which is characterized by qualities like calm, clarity, curiosity, and compassion. Then, from that state, clients explore and transform their relationships with the parts of them that are blocking their goals or their vision. Finally, they are more able to lead their personal and work lives from the state of Self-leadership which creates more harmony in their relationships.

You're great at what you do - and now it's time to ensure even more people recognize it. Dorie Clark - Harvard Business Review author and Duke University executive education professor - will share practical strategies to help you build a following around your ideas and ensure you're viewed as an expert, not a commodity.

Everyone has stress on their brains (and bodies) these days, and as a coach it’s critical that you understand how to facilitate the use of stress in ways that are helpful instead of harmful. Neuroscience research demonstrates that our brain and nervous system can adapt in both positive and negative ways to stress. It’s not the stress itself that causes the problem but our response that impacts our lives.