Home » Racism Has a Cost for Everyone

Racism Has a Cost for Everyone 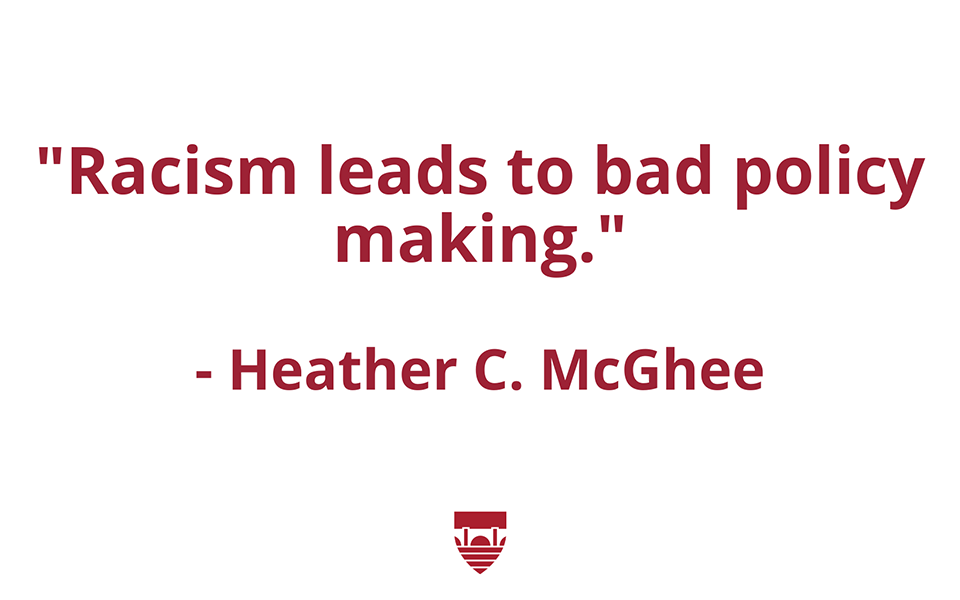 The Institute of Coaching’s tip of the week has been created as a way to help give individuals ways to quickly improve their daily lives in a variety of topics. As such, the rest of the posts for the month of June will be focusing on the different ways that racism affects life on an individual and societal level.

In her Ted Talk entitled ‘Racism has a cost for everyone’ political correspondent Heather C. McGhee details how systematic discrimination in the United States has repeatedly hurt the entire nation. One of the biggest points from McGhee’s talk is the concept of ‘zero-sum thinking’ a concept where the success of one group would cause the failure of another.

McGhee’s uses the example of a pool in the city of Montgomery Alabama as an example. In the 1930s-40, the U.S. heavily invested into public amenities, these amenities were paid for by all tax paying citizens, but in many cases, they were only accessible to white citizens. A federal court ruled that it was unconstitutional for this pool to be segregated in Montgomery Alabama. In response, on January 1st 1959, the city drained the pool, instead of desegregating, they opted to close this publicly funded amenity for everyone.

What McGhee points out is that this is not an individual incident either, it is systematic through our society and within different sectors of our economy as well.

If you would like to view the full speech by Heather C. McGhee, you can find the video here:
https://www.ted.com/talks/heather_c_mcghee_racism_has_a_cost_for_everyone?referrer=playlist-talks_to_help_you_understand_r#t-847998

What does this mean for coaches and within your daily life? Be aware of how policies enacted may have a different impact on you versus someone else. As this month continues, engage with material that reflects the lives of people who are different from you and expand your knowledge. Implement this new knowledge into your work and training, and advocate for inequalities you find in your own work-space and beyond.