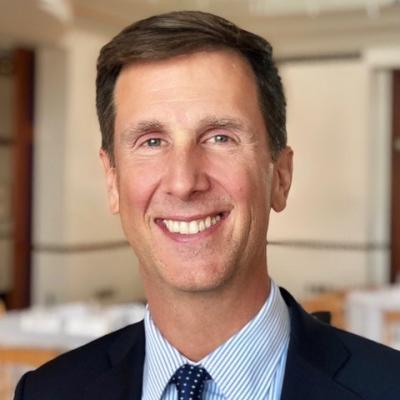 Bill Carrier, President of Carrier Leadership Coaching Inc., leads an organization which specializes in coaching senior and high-potential executives in leadership and personal development. A graduate of the United States Military Academy at West Point, former Army officer, and Rotary International Ambassadorial Scholar, Bill grounds his coaching work in extensive practical leadership experience and the firm belief that we are all part of something bigger than our individual selves.

Recent executive coaching clients include senior executives at the Board of Governors of the Federal Reserve, CEO’s and senior vice presidents of corporations from $4M to $10B in annual revenue, a chief merchandising officer for a multinational retail corporation, and a winner of the Navy’s Zumwalt Award (annually given to the best captain of a ship in the US Navy).

Bill has extensive experience in working with senior-most HR executives of billion-dollar companies across the US, Australia, and South Africa to leverage leadership assessment and human capital measurement to improve company culture and performance. As a senior director at the Executive Intelligence Group (EIG), Bill led business development, working with the world’s leading corporations regarding assessment practices for succession management, high potential employees, and senior executive deployment and development.

Prior to EIG, Bill led business development teams at CLC Solutions and the Corporate Executive Board, the world’s top corporate best-practice research and executive education firm. Bill worked with the top HR executives at Fortune 1000 companies to help them to build stronger leadership benches, strengthen relationships with high potential employees, and effectively measure and manage human capital. His clients included the GAO, the Department of the Treasury, Goldman Sachs, The Walt Disney Company, WellPoint, The Kellogg Company, BP, Health Net, Beckman Coulter, and the Department of Homeland Security, among others.

Bill began his career as an officer in the U.S. Army, where he was the direct supervisor of a combat arms team in high-stress training environments. After retiring from the Army, Bill was selected to represent the United States as a Rotary International Ambassadorial Scholar to Brazil. In addition to an extraordinary background in direct leadership and coaching, Bill has extensive studies in leadership and coaching. In addition to graduating from West Point, Bill has been a certified Dale Carnegie instructor and is Certified Newfield Ontological Coach. He continues his ongoing education in leading-edge coaching and human performance improvement best-practices under world-class coaching and somatics expert, Dr. Stuart Heller, and is a founding member of the Coaching Excellence in Organizations community of practice.

In recognition of his excellence as a senior executive coach, Bill serves as a Mentor Coach, supporting other senior coaches and leaders enrolled in the Coaching Excellence in Organizations advanced education program. Bill is also a member of the Board of Directors of the International Consortium of Coaching in Organizations (ICCO) and has served on the Governance and Ethics Committee. Bill has been an ardent supporter of youth leadership development programs,
including Hugh O`Brian Youth Leadership and Presidential Classroom.