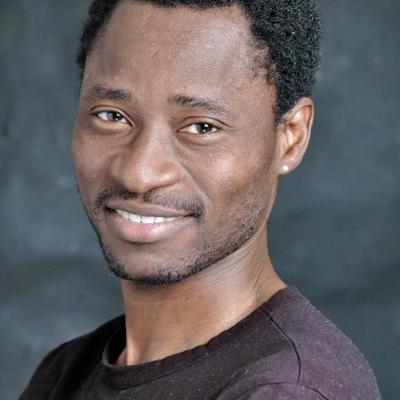 Bisi Alimi is an Angelic Troublemaker, founder and Executive Director of Bisi Alimi Foundation.  A charity based in UK but working in Nigeria to accelerate social acceptance of LGBT people.

He is an International Development consultant, an international award winning; CONTROVERSIAL, PASSIONATE, and POWERFUL public speaker and an Executive Coach with focus on “inspiring empathic leaders in corporate world”

His professional expertise ranges from Sexual Orientation and Gender Identity to Race and Race Relations, Feminism, Education and Poverty Alleviation.

As a budding actor, faced with the reality of being outed by a newspaper in Nigeria, Alimi took the bold step to come out, making him the first person to ever come out on national television in Nigeria. That incident finally led to him fleeing Nigeria to seek asylum in the UK.

He is the host of the new podcast series “The Angelic Troublemakers” that features the real-life stories of inspirational and proactive individuals who are have used their journey to change the world.

Bisi has appeared on many international television stations as a social and political pundit, including, CNN, BBC, Al Jazeera, and CCTV, and outlets like NPR and the Washington Post has profiled him.

His TEDx talk, “There should never be another Ibrahim” has been listed as one of the 14 most inspiring queer TEDtalk of all time.

Alimi has written many successful and equally controversial articles including “The Development Cost of Homophobia” which was translated into over 15 languages globally.

His article for the Guardian; “If you say being gay is not African, you don’t know your history”, has gone on to great review and cited in many news articles globally. And finally, his Medium article “Men Can’t be Feminist” has been read over 40 thousand times and growing.

He was a former consultant for the World Bank on Sexual Orientation and Gender Identity. A fellow of; Aspen New Voices, The Moth, The Conduit Social Impact and Salzburg Global Forum.

He serves on the board of; On Road, and All Out and the patron of London Gay Men Chorus.

Alimi lives in London with his husband and two dogs; Coco and Benji