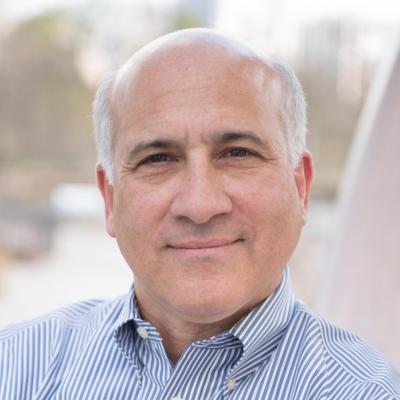 David’s success in business has been attributed to his ability to lead people toward the achievement of a common goal. For over 20 years David has been the driving force behind the success of Madison Realty Group as well as numerous other ventures. David is also a Georgetown University trained Leadership Coach and his passion includes being a catalyst in the professional and personal development of the people he interacts with.

As a Vistage Chair, David facilitates monthly CEO Peer Advisory Group meetings and individually coaches CEO members to become better leaders, make better decisions and achieve better results. The power of Vistage is in its design. Vistage groups contain no more than 18 Chief Executives (no more than one per industry) who obtain unbiased confidential advice from their peers. Each member of the group acts as a private advisor and part of the collective brain trust for every other member. On average, companies whose Chief Executives are members grow three times as fast as their competitors.

As President of Madison Realty Group, Inc., David had primary responsibility for all company operations including evaluation, acquisition, development, construction financing, management and disposition of real estate assets.  Since joining Madison in 1993, the projects Dave has worked on have yielded development rights for approximately 4,500 dwelling units and the construction of 500,000 square feet of retail development. Currently, Dave recently concluded the management of a portfolio of assets on behalf of a group of private equity firms that purchased approximately $450 million of non-performing and distressed commercial mortgage loans in 2010.

David is a Professional Certified Coach (PCC) by the International Coaching Federation and is certified in several assessment tools, including The Leadership Circle Profile, the Hogan Personality Inventory and related products. David also serves as a contributor on Leadership Coaching for Forbes.com.

David is a member of the Urban Land Institute and has served ULI in many capacities on both a national and local level. Locally this included being Chairman of the Chicago Product Council and a member of the ULI Chicago Executive Committee for 15 years. As a representative of the ULI Chicago District Council, David also sat on (and served as Vice-Chair of) the Land Use Committee for the Chicago Metropolitan Agency for Planning, which is a state agency that integrates transportation and land use planning for a seven county region in northeastern Illinois. On a National basis David served on various ULI Product Council’s for over 20 years.

David is a member of the Economic Club of Chicago and the Illinois State Bar Association. David is an active Commercial Pilot qualified in everything from gliders and seaplanes to Cessna Citation business jets. David received a Juris Doctor degree from the Illinois Institute of Technology Chicago-Kent College of Law and a B.A. degree from the University of Wisconsin-Madison