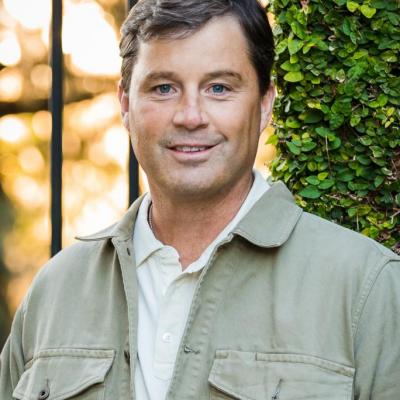 Gary is very grateful to have been born into an American Dream storied family.  His parents were the first off the farm and a small town to begin their entrepreneurial journey and built a health care business legacy.  Gary followed in their footsteps founding his first business with his father at the age of 24 in 1996.  This is where he learned old fashion values of keeping your word, servant leadership (before it was popular), putting employees and customers first, people before profits, and simply "do the right thing".  These values served him well as he created, developed, and successfully exited seven companies to Private Equity or Publicly Traded companies over the next 24 years.  He is currently the Chairman of Palmetto Infusion which has 22 locations in 4 States and has 300 employees and growing over 30% per year.  Palmetto Infusion is the National Leader in Ambulatory Infusion.   Out of all the lessons he learned from his father, one of the most valuable was the paradox of "Letting Go".

Letting Go is one of the hardest decisions an entrepreneur or an individual can make.  Although he learned this from his only Boss, he didn't practice it until he was forced to through mistakes, problems, and pain.  However, this blessing in disguise is where he learned the most valuable "SECRET" to his success.  He now has amassed a wealth of knowledge of how to lead a Leadership Team based on Selfless Motives and how to put the organization's Leaders and Mission ahead of his own desires and ego.  This may not sound like rocket science but to build this Culture is much easier to say than it is to accomplish. This is a secret that Gary has figured out and it is based on his own actions of Servant Leadership.  He will never ask anyone to do what he is not willing to do himself.

Gary has now embarked on a two pronged agenda.  He has dedicated part of his business life to helping organizations and leadership teams to get the most out of their businesses.  He does this with the combination of his seasoned experience and the implementation of EOS.  He is dedicating the other part of his life helping individuals improve their personal lives by comparing themselves to themselves rather than to others.  He is working on a book that will be out in the next year that will address this growing concern.  He believes this is the "SECRET" to personal happiness.

Gary and his wife Kelly reside in Pawleys Island.  They have 4 beautiful children -  Gracyn (23), Clemons (21), Marshall (18), and Sutton (13).  He is a member of Pawleys Island Community Church