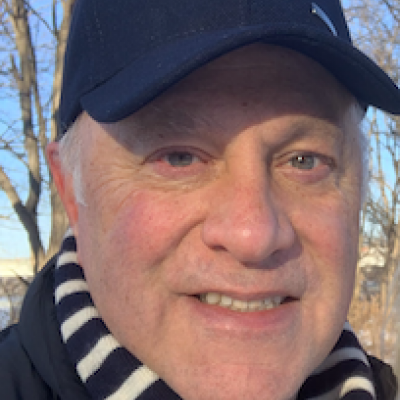 Mr. Jean Laporte was born in Montréal, where he grew up and studied. His leadership qualities became apparent during his high school years at Collège Notre-Dame and Collège Marguerite Bourgeois, where he was student president. Mr. Laporte continued his education at the Université de Montréal, where he obtained a bachelor’s degree in Industrial Relations and a diploma in economic studies.

Passionate about leading-edge technology and gifted with business acumen, he has, to date, had a remarkable career in the computer and telecommunications field. Once he finished his studies, Mr. Laporte started his own computer firm. Less than two years later, he joined one of the most significant retailers of personal computers in Montréal.

In 1987, Jean Laporte became a representative at Apple Canada, where he was responsible for major accounts like DMR, Canadian National (CN) and Bombardier. During his 10 years at Apple Canada, Mr. Laporte held such significant positions as Vice-President for Quebec and Director, Business Division for Eastern Canada.

Recruited by Microcell Solutions in 1997, this strategist helped put the company at the forefront of wireless communications in less than five years. Under his leadership as National Vice-President of Sales for Fido stores, a retail channel, with 57 points of sale and more than 600 employees from Montréal to Vancouver, experienced its greatest success. Microcell Solutions’ customer base grew from 26,000 subscribers in 1997 to 1,300,000 subscribers in 2002.

In addition, in January 2006, he was appointed President, Eastern Canada, Rogers Communications Inc., a responsibility that now encompassed the business division formerly known as Sprint Canada. Rogers has more than 3,000 employees in Quebec and is considered a significant and growing player in the telecommunications industry.

Besides improving the market share and profitability of the company, Mr. Laporte and his team have ensured the annual success of the Rogers Cup, which was named Event of the Year at the Grands Prix du Tourisme 2006, in the operating budget category of over $1 million.

Since 2010, Jean Laporte has been President of Groupe Laporte, a Quebec consulting firm specializing in top line growth and implementing business plans.

His business acumen offers great support and vision for all C-Level customers, as a coach and a consultant. He describes his role as a “CoachSultant” representing his business expertise and his key learning’s from ACEC, as a Master Executive Coach”

Married to Ms. Josée Robineau, Jean Laporte is the father of Eyse and Jean-Pierre.

He speaks French and English.