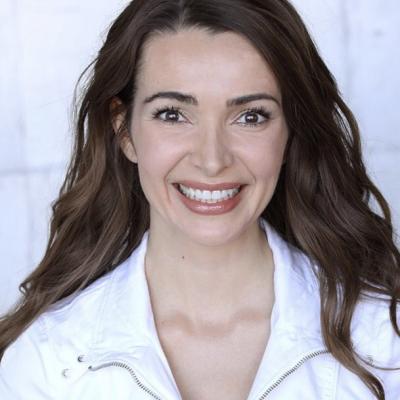 Seen on NBC’s Today Show and in The New York Times and Boston Globe, Julie Carrier is a trusted authority on leadership development and confidence for girls and young women. Julie is also the #1 national bestselling author of Girls Lead and the award-winning book on mind/body/self-esteem, BeYOUtiful. This Emmy-Nominee for positive programming has also reached millions on national TV as a girls’ success and confidence coach featured on MTV’s positive goal-setting show, MADE.

As the CEO of Girls Lead Worldwide, Julie is leading a movement to “empower those who empower girls and empower girls to empower each other.” She supports the world’s leading girls’ schools and girl-serving organizations including serving as a member of the Advisory Council for the United Nations Foundation’s Girl Up Program. A former Senior Management Consultant in Leadership Development for the Pentagon, Julie specializes in applied neuroscience in leadership education—a powerful framework she leverages to support girl-serving organizations and girls’ schools through innovative and neuroscience-based leadership keynotes, seminars, curricula, and best-practice program consulting. She is also a Fellow at the Institute of Coaching at McLean/Harvard Medical School.

Because of her work as a speaker, coach, and expert for girls in leadership development, Julie is one of only 100 people worldwide to be named to
the Marshall Goldsmith 100 Coaches Program, along with the Dean of Harvard Medical School, the President of the World Bank, and the head of the Rockefeller Foundation. She has reached over a million teens, girls, young women, and those who care about them, worldwide. To learn more, visit: http://www.girlslead.com.