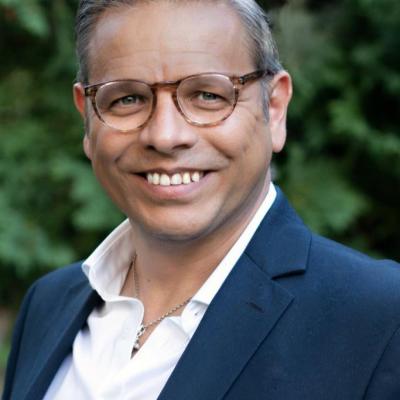 Mark Roy founded Breakthrough Consulting Group LLC to help his clients have breakthroughs of their own: breakthrough moments that ignite breakthrough habits that help clients break through to the next level.

When Mark started working as an executive coach and founded Breakthrough Consulting Group, he was simultaneously a Vice President at Thomson Reuters, the world’s leading source of news and information for professional markets.

In the mid-1990s, Mark began his career during a recession in an industry that was in the early stages of disruption due to the technological breakthroughs happening all around him in his native San Francisco Bay Area. These circumstances conspired to spark his curiosity and fuel his professional drive.

During the early part of his career, Mark sharpened his marketing and communications skills in the publishing industry as an editor and as a literary agent working with emerging talent and bestselling authors. Later, he helped make history in the nonprofit sector leading the PR activities for several marriage equality lawsuits across the United States. Mark went on to lead the communications teams of five law firms, including two of the ten largest law firms in the world. He ultimately found his way to business-to-business communications in the information and technology industry. At Thomson Reuters, Mark led the global communications team for the $3.5 billion Legal business unit and later served as Vice President, Business Communications Content for the entire $12 billion enterprise.

Mark's community service positions have included: founding board member of the Episcopal Response to AIDS, Co-Chair of the Parish Council of St. Bartholomew's Church in Manhattan, and the Vestry of St. Mark's Episcopal Church in Jackson Heights, New York.

Mark graduated from the University of California, San Diego with a B.A. in Literature/Writing and Baruch College, City University of New York where he earned his M.B.A. while simultaneously leading the marketing communications team for the Americas at one of the largest law firms in the world. He later received executive coaching training from Columbia University’s Columbia Coaching Certification Program, and he is certified by Rutgers University in partnership with global executive search and consulting firm Heidrick & Struggles as a Leadership Coach for Organizational Performance.

Outside of work and community activities, Mark enjoys spending time with his family exploring the beauty and culture in the vicinity of their country house in New York’s Hudson Valley. He promised his daughter he’d learn Tae Kown Do with her and quickly learned that he needed to resume a yoga practice to be flexible enough to keep up with her kicks!

To learn more about Mark, please connect with him on LinkedIn and follow him on Twitter. He can be reached at mark@breakthroughcgllc.com.