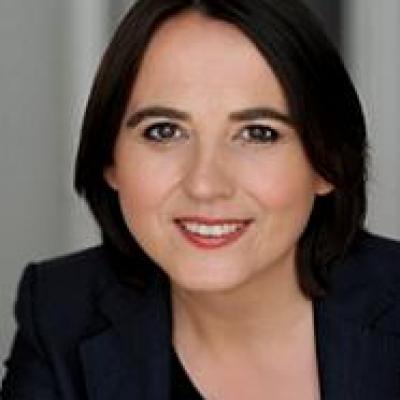 Dr. Petra Bock (born in 1970) is one of the leading coaches in Germany. Over the course of her career she has coached thousands of people one-to-one, written numerous bestsellers and proven herself a highly successful speaker. In 2012 she received Germany’s major coaching award in the “special achievements in coaching” category. In 2008 Petra Bock founded an academy in Berlin to train and educate business and life coaches, which has since blossomed into one of the country`s top schools. She has a PhD in political science and for many years worked in major change processes in Frankfurt’s banking world before shifting her focus to coaching companies and private individuals from business, politics and the media ten years ago.

In her current bestseller, which is now being translated into several European and Asian languages, she developed a socio-historical theory on the origin and function of blocking mindsets, which she sees as the legacy of authoritarian or hierarchical thought strategies. In her view, these mindsets constitute a parallel world in the thinking of everyone born in the twentieth century that determines whether a person recognizes and realizes his or her potential. According to Bock, it is vital for the aging societies of Europe and China that each individual`s potential be realized in its own unique way. To this end Petra Bock has developed a new, open approach to thinking, in which the goal behind all thought and action patterns is no longer safety and control, but personal quality of life. Bock has refined this approach into her own coaching methodology and is passing it on to other coaches at the Dr. Bock Coaching Akademie in Berlin with a top-class coaching team.