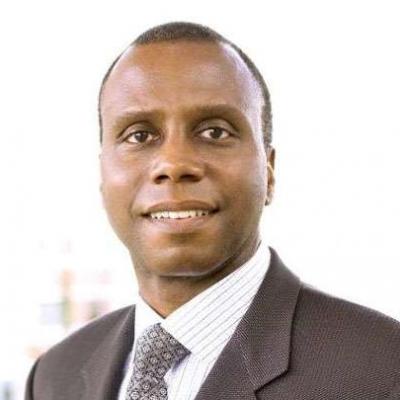 Reggie Gilyard is an Executive Coach and Senior Advisor with The Boston Consulting Group (BCG). Over 25+ years Reggie has worked with management teams and boards to develop and implement transformational strategies for Fortune 500 companies, education institutions, and large national foundations. Reggie's work includes 1-on-1 coaching and peer group facilitation for executives amid the implementation of large-scale change efforts. Current / recent engagements include ten executives working for Fortune 100 (and private equivalent) companies and the president of a large US university with ~40,000 students.

Reggie has led successful strategy development and execution in the higher education sector. He served as Dean of the Argyros School of Business and Economics from 2012 to 2017. As Dean, Reggie and the Argyros team guided the school to its first “top-fifty” national ranking for the undergraduate business program, climbing 53 positions, and the school's highest national MBA ranking, climbing 18 spots on the US News & World Report list. Reggie also served on the Board of Directors for the Association to Advance Collegiate Schools of Business (AACSB), the premier accrediting authority for business schools globally.

Prior to Chapman Reggie was a Partner and Managing Director with BCG, working full time with the firm from 1996 to 2012. As a Partner with BCG Reggie served on the BCG America’s Leadership Team, led BCG’s North America Ethnic Diversity Programs, and led the North America Education Practice (non-profit institutions).

Early in his professional career Reggie served on active duty in the U.S. Air Force as a Program Manager leading the development, production and fielding of next generation global intelligence technology systems. He was then promoted to Major in the U.S. Air Force Reserves where he served for an additional three years.

Reggie has a BS in Operations Research from the U.S. Air Force Academy, an MS in Computer Systems from the Air Force Institute of Technology, and an MBA from the Harvard Business School.

Reggie is a BCG-certified Executive Coach, and member of the Institute of Coaching, McLean, Affiliate of Harvard Medical School.