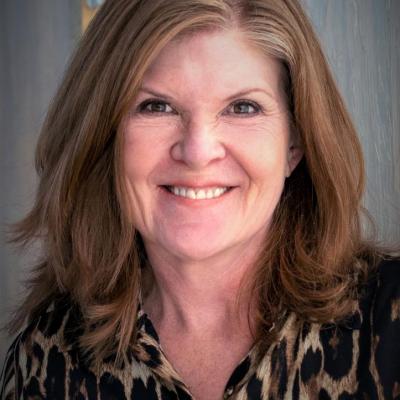 Sandra brings over 25 years of experience as an executive coach and consultant, with a client list that encompasses executives from a wide range of settings across the U.S., Europe, and Asia – from small, family owned businesses to large multi-billion dollar, multinational companies.  Her warm, engaging style, combined with her ability to offer sound psychological perspective balanced with practical business insights have made her a highly valued coach and a trusted advisor to senior leaders across several industries around the globe.

At this point in her career, Sandra works an executive coach for senior leaders and executive teams. She has helped numerous executives heighten their self-awareness and better understand the impact they have on those around them, as well as the directions they need to grow to get to the next level, and succeed once they have arrived. She is sought out for her skills in helping top executives smoothly step into new roles, avoiding the pitfalls that are known to derail executive success. She uses both psychological assessments and 360 interviews to give leaders a picture of their strengths, challenges, and the ways those around them are receiving their leadership style. Her clients count on her candid, straightforward feedback, and willingness to challenge and provide insightful perspective.

Sandra's endless curiosity and ongoing passion to learn and grow as a coach have always been a signature strength. In recent years her efforts have focused on gaining a deep understanding of what it means to "vertically develop" leaders, and increase their capacity to lead in complex environments.  The past five years have brought intensive study with multiple leaders in the field, (Susanne Cook-Grueter, Bill Torbert, Jennifer Garvey-Berger to name a few), in addition to having many long, perspective-seeking & exchanging conversations with colleagues around the globe who are fellow members of the Growth Edge Network.  Sandra seeks to connect the dots between multiple theories and theorists in this space, translating the concepts of "vertical development" into practical, understandable language that extends the reach of these ideas.

Sandra’s career has had a balance between serving as a senior leader in large, complex organizations (Level 3 Communications, Centura Health), and being a senior consultant within consulting firms that focus on executive coaching/leadership development/team development in the executive suite.  This balance has given her good insight and perspective on what “real world” leadership is about, in addition to exposing her to very broad and deep experiences in the consulting world.

Early in her career, Sandra spent six years as a senior consultant with the Center for the Study of Work Teams, which laid the foundation for her deep understanding and expertise in designing and developing high performing teams and collaborative work environments.  Throughout her career, Sandra has had extensive experience developing high performing teams, and coaching senior leaders to be more effective in their leadership of complex teams such as those found at the senior executive level and in global, virtual work environments.

Sandra’s graduate education in both Clinical Psychology and Industrial/Organizational Psychology have prepared her to understand both the fundamentals and nuances of organizational behavior and what it takes to help people grow, develop, and become the best possible versions of themselves. She skillfully knows when to push, how far to push, and how best to help leaders understand themselves and the impact they have on others, as well as to collectively grow as a team.

For the past twenty years, Sandra has been an independent consultant working with a number of organizations around the globe as an executive coach, workshop facilitator, and team builder.   She has also been an adjunct faculty member and executive coach at the Center for Creative Leadership (CCL) since 2004.  In her own firm and at CCL, she primarily works as an executive coach for leaders in the executive suite, having been sought out as a coach for nearly a hundred CEO’s, President’s, COO’s, CFO’s, and CIO’s, in addition to hundreds of leaders at the EVP and VP level across multiple industries.  While she has been a coach in nearly every program CCL offers, today Sandra largely serves as an executive coach in the acclaimed Leadership at the Peak program, and in multiple custom CCL programs designed for high-potential executives. Sandra is also a faculty member in the Leading Teams for Impact program at CCL, and a co-creator and faculty in the Physicians Leadership Program at CCL.  Her affiliation with CCL has given her rich opportunities to work alongside some of the world’s best thinkers and researchers in the field of leadership development.

Sandra loves the mountains of Colorado, and spends much time there hiking, trail running, snowshoeing, skate-skiing, snowboarding, and mountain biking. Her greatest athletic feat:  Running the Grand Canyon from rim-to-rim-to-rim, totaling forty six miles in two days. When near an ocean, she will likely be scuba diving.

How to Envision One's Ideal Self
(PDF)
MasterClass: How Coaches Raise Consciousness with Robert Kegan
(PDF)
All resources