Webinar: Coaching from the Inside Out: How Internal Family Systems Can Deepen Your Work 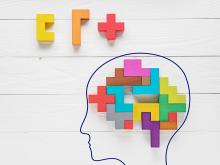 The Internal Family Systems model is an extremely popular form of psychotherapy that is  increasingly being applied to coaching. Using it, coaches help clients quickly access a state called the Self which is characterized by qualities like calm, clarity, curiosity, and compassion. Then, from that state, clients explore and transform their relationships with the parts of them that are blocking their goals or their vision. Finally, they are more able to lead their personal and work lives from the state of Self-leadership which creates more harmony in their relationships.

This is a public webinar 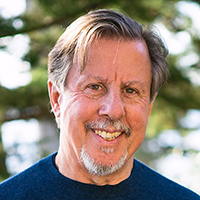 Richard Schwartz began his career as a family therapist and an academic at the University of Illinois at Chicago. There he discovered that family therapy alone did not achieve full symptom relief and in asking patients why, he learned that they were plagued by what they called “parts.” These patients became his teachers as they described how their parts formed networks of inner relationship that resembled the families he had been working with. He also found that as they focused on and, thereby, separated from their parts, they would shift into a state characterized by qualities like curiosity, calm, confidence and compassion. He called that inner essence the Self and was amazed to find it even in severely diagnosed and traumatized patients. From these explorations the Internal Family Systems (IFS) model was born in the early 1980s.

IFS is now evidence-based and has become a widely-used form of psychotherapy, particularly with trauma. It provides a non-pathologizing, optimistic, and empowering perspective and a practical and effective set of techniques for working with individuals, couples, families, and more recently, corporations and classrooms.

In 2013 Schwartz left the Chicago area and now lives in Brookline, MA where he is on the faculty of the Department of Psychiatry at Harvard Medical School.

Join us Wednesday, March 29th for our next CoachX Conversation with Dr. Shaunna Payne Gold about embracing race. Dr. Shaunna will be talking with the Institute of Coaching’s Director of Education, Pamela Larde as a follow-up to a public webinar with the IOC.

In this highly interactive webinar, you will learn how to navigate conversations, even working through an impasse, so that you can move from conversational mystery to coaching mastery.

Nobody wakes up in the morning aiming to be average. Join Ruth Gotian and Jeff Hull as they discuss tools to help you to reach your own peak performance.

This webinar provides participants with the tools and guidance for coaching managers through conversations around mental health by giving them the skills and confidence necessary for cultivating cultures of psychological safety and mental wellness.

Our panelists will share the skills and strategies they use with clients and how similar approaches can be modified and adapted for coaches across a wide range of specializations, from executive coaching to health and wellness coaching.