Webinar: Inclusion Matters: Adjusting your Mirrors and Managing your Blind-Spots

How are your blind spots and unconscious biases playing a part in the decisions you make and the advice you offer as a Coach?

As a leadership coach you are aware of the need to be increasingly mindful of the quality of day to day business decisions made by yourself and your clients. And yet, what are you not seeing?

Well intentioned people make decisions every day that favor some individuals or groups more than others; adversely impacting the diverse workforce and talent pipeline. Leaders can make flawed decisions while believing they are doing the right thing because their blind spots can prevent them from seeing crucial information.

Dr. Turnbull will explore the hidden brain and unconscious bias as it relates to your business decisions and diversity and inclusion. She will put a spotlight on the impact of your blind spots on inclusion and raise to consciousness the importance of including Social Identity awareness in your Coaching practice. It is no longer sufficient to work with the individual and their personal sense of themselves; you need to be able to see and understand the importance of their multiple group identity stories.

You will gain insights on how to overcome the blind spots and barriers which allow mind viruses to proliferate and prevent us from being more inclusive and making more mindful decisions. During the webinar, you will: 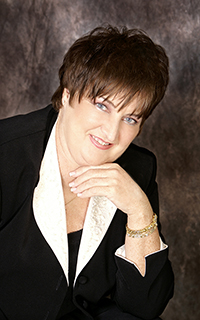 Dr. Turnbull is a world recognized Thought Leader in global inclusion and diversity.  Her extensive research focuses on unconscious bias and its impact on all aspects of Inclusion. She has unparalleled knowledge on the complexity of inclusion; and a deep understanding of the patterns and mental models contributing to exclusion. Her “Inclusion Complexity Model” identifies 3 Immutable Forces and 4 Permeable Forces that play a key role in Inclusion and she knows what it takes to create an inclusive work environment.

She is the author of three online psycho-metric assessment tools on Unconscious Bias and Inclusion – namely, Cognizant, the ISM profile and The Gender Gap Assessment. She also has an E-Learning program on Unconscious Bias and Inclusion. In May 2013 she spoke at TEDx on “The Illusion of Inclusion”. She keynotes on these topics globally and has spoken to senior executives in Australia, Asia, Europe, UK, Canada, Latin America and the USA.

Dr. Turnbull has five Award winning clients. She has made major contributions in assisting Texas Instruments to win the Catalyst Award and was instrumental in developing programs for both JP Morgan Chase and Citigroup Europe to win the prestigious “Opportunity Now” Award and “Business in the Community” Awards.  Commonwealth Bank of Australia also won the 2012 Catalyst Award attributing the win in part to Cognizant, an Unconscious Bias tool developed by Dr. Turnbull and QBE Insurance Australia has been named Australian Employer of Choice in 2015 attributing their win in large part to Human Facets work on Unconscious Bias and Inclusion with 450 of their top leaders.

In addition to her PhD, Dr. Turnbull has two Masters Degrees in Organizational Behavior and Mental Health Counselling and an Under-Graduate Degree in Psychology and Sociology from the Open University. She was also President of the Open University Students Association and in that role has had lunch with the Queen and Prince Phillip, attended The Garden Party at Buckingham Palace and met Prime Minister Harold Wilson and Baroness Jenny Lee. She is a member of a number of professional societies, including the Academy of Management (AOM) and the American Psychological Association (APA). In 2009 she won the “Distinguished Research Award” for a journal article – “Diversity & Inclusion: Developing an Instrument for the identification of Skills deficiencies” published in the Academy of Strategic Management Journal and is also published in the Organizational Culture, Communications and Conflict Journal and the Reflective Practitioner Journal. Her latest book is “The Illusion of Inclusion” which is her seminal work on this topic. She is an accomplished Keynote Speaker and is recognized by her National Speakers Association peers as a CSP (Certified Speaking Professional) member of the National Speakers Association (NSA); and a Global Speaking Fellow (one of only 33 people in the world with this designation).

Join us for an exciting and interactive session with Dave Evans, co-founder of the Stanford Life Design Lab and co-author of the NYT worldwide bestseller Designing Your Life. Dave will introduce us to "design thinking" - the innovation methodology conceived at Stanford that has fueled the creativity of Silicon Valley and is now transforming everything from education to economics.

Even in the best of times, communication can be challenging. When normal circumstances are disrupted, the process of understanding and being understood becomes even more complex. What better time to explore ways to make communication more effective and satisfying?

The Institute of Coaching is excited to partner with AceUp to host this full-day virtual summit that will bring together some of the most prominent thought-leaders in the world on Organizational Change, HR, Education Technology, Leadership, and Coaching.

Earlier this year, Professor Anthony Grant, then director of the coaching unit, passed away leaving both a gap in the field of coaching and an impressive legacy of scholarly work. Sean O’Connor and Michael Cavanagh continue the pioneering work of the Coaching Psychology Unit. During this webinar they will highlight 20 years of research and contribution the Coaching Psychology Unit has made to the field of coaching psychology, as well as highlighting new research and directions currently underway to meet the changing needs of our world.

We invite you to learn how you can use some of the techniques used by social scientists to ground your coaching in a research-based foundation. This can involve incorporating research from thought leaders into your practice or using your own data to gain greater insights into your methodologies.