Sir John Whitmore was Executive Chairman of Performance Consultants. He was a pre-eminent thinker in leadership and organizational change and works globally with leading multinational corporations to establish coaching management cultures and leadership programmes. He wrote five books on leadership, coaching and sports, of which Coaching for Performance is the best known having sold over 800,000 copies in 23 languages.

Rated as the number one Business coach by the Independent Newspaper and as having had the most impact on the coaching profession by the UK Association of Coaching, Sir John was a pre-eminent thinker in leadership and organizational change. He was a motor racing champion in his 20's before retiring to run a large agribusiness, a product design company and a Ford Main Dealership.

In 1968 he gave up businesses to study psychology in the USA, before returning to England to set up a tennis school and a ski school in the Alps licensed by Timothy Gallwey of the Inner Game. Together with other high profile achievers, he formed Performance Consultants, which has been highly influential in introducing new approaches to coaching and business training. Sir John personally trained some of the leading organizations in the world, such as Deloitte, PricewaterhouseCoopers, Barclays, Lloyds, Rolls Royce, British Airways, Novo Nordisk and Roche.

The GROW (Goal, Reality, Options/Opportunity, Will/What Next) model of coaching has been developed and popularized by Sir John Whitmore, a racing car champion and leading coaching practitioner in the United Kingdom. These four steps can be applied to any coaching challenge or opportunity.

Honoured with the President's Award by International Coach Federation (ICF), John was one of the leading figures in the international coaching community with activities and operations globally. John founded Performance Consultants with partners David Hemery and David Whitaker after originally forming The Inner Game in the United Kingdom following a period of studying and working with Tim Gallwey and Bob Kriegel in the United States. They were the first to formulate the coaching processes and create experiential learning to overcome the inner obstacles to human potential and high performance such as fear, doubt and limiting beliefs.

He produced and directed a feature film, performed in many guises on radio and TV and on conference platforms. He organized leading edge conferences and is the creator of the Be the Change movement.

Sir John Whitmore passed away on April 28, 2017, and we honor his life and legacy.

The Institute of Coaching was fortunate to have had Sir John as an advisor and friend. His contributions to the IOC and the coaching community are invaluable and will continue to inform future generations of coaches. In honoring his life and legacy, we are proud to share the following resources: 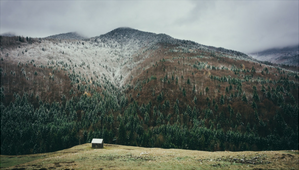 The Evolution of Coaching: A Cottage Industry Grows Up