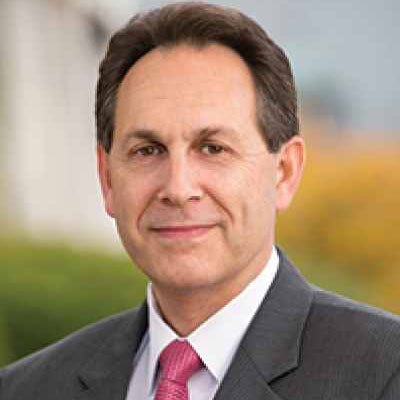 Scott L. Rauch, MD, is president, psychiatrist in chief, and Rose-Marie and Eijk van Otterloo Chair of Psychiatry at McLean Hospital. He is also professor of psychiatry at Harvard Medical School as well as chair of System Behavioral and Mental Health for Mass General Brigham. Dr. Rauch is past president and current secretary of the Society of Biological Psychiatry and was recently elected to membership of the National Academy of Medicine. He has also served in leadership roles for the Anxiety and Depression Association of America as well as the National Network of Depression Centers.

His principal research interests relate to neuroimaging and the neurobiology of affective disorders. Dr. Rauch and colleagues have been leaders in delineating the neurocircuitry of anxiety disorders as well as pioneers in using modern technology, including brain stimulation, neurosurgery, and internet-based methods, to develop novel treatments for anxiety and mood disorders. Dr. Rauch has won numerous awards for his mentorship and research accomplishments, including from Harvard Medical School, the American Psychiatric Association, and the American College of Neuropsychopharmacology.