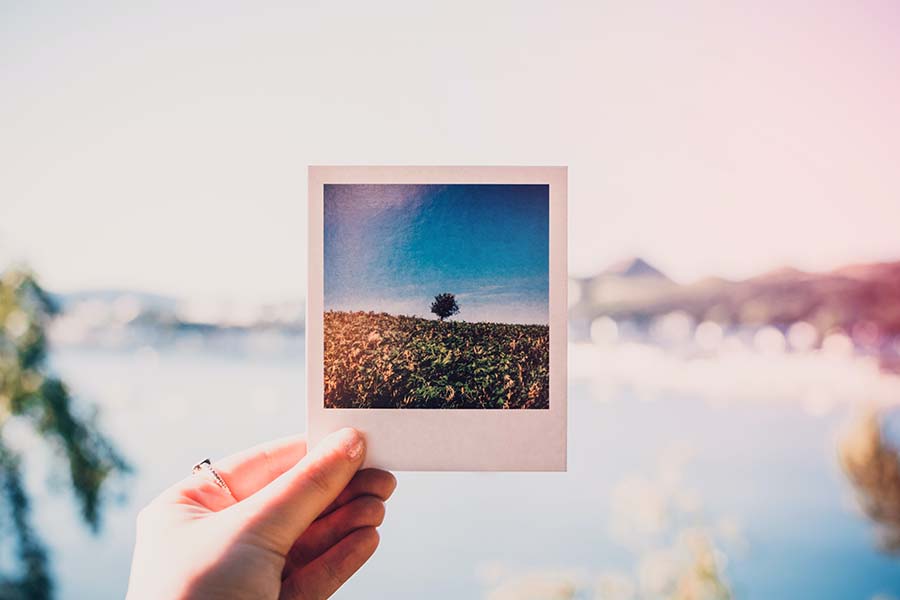 A technique commonly used by social scientists as a research method, called photo-elicitation interviewing (PEI), can be a very effective coaching tool.  Social scientists use this technique to collect data about different topics of study. In place of semi-structured interview guides, PEI researchers invite participants to take photographs in response to a question or prompt.  Researchers then elicit responses using their images. Photos produce richer data than traditional interviews because they focus attention on unobservable thoughts, beliefs, and memories (Harper, 2002; Byrne, Daykin, & Coad, 2016).  Since participants generate the photos, they have greater autonomy over what stories to tell and how to tell them. PEI researchers have explored the social worlds of children, homeless persons, indigenous communities, and individuals with chronic illnesses.
Photo-elicitation enhances the principles of co-active coaching: discovery, mindfulness, and empowerment (Kimsey-House, Kimsey-House, Sandahl, & Whitworth, 2018). Through the camera’s lens, clients become investigators of their own lives and examine hidden parts of themselves. Moreover, photo gazing awakens the five senses leading to deeper levels of awareness.
This article reports on findings from my PEI study with veterans treatment court (VTC) participants and the three PEI strategies I used to generate discussion about their photographs. In turn, I show how the techniques of Reframing Identities, Focusing Emotions, and Widening the Lens can be leveraged in coaching sessions.

VTCs offer community-based treatment in lieu of prosecution for veterans charged with misdemeanor and felony offenses. Teams of legal and clinical professionals work collaboratively to address the underlying problems that contribute to participants’ criminal behavior.
The aim of this research is to improve how teams respond to participants’ diverse therapeutic needs. Veterans were given disposable cameras with written instructions to photo-document their experiences, including 1) what informed their decision to enter the veterans court, 2) what are the benefits and challenges of court-mandated treatment, and 3) what strategies they use to comply with court requirements. After we discussed the photos, I transcribed the interviews and manually coded the data using qualitative methods of analysis.
My study involved 29 participants (all men, 60% white, 70% military, median age 49) from a VTC in northeast Ohio, and 19 completed at least one PEI. The Ohio University human subjects IRB committee rigorously vetted the project to ensure participants’ legal rights were protected. All names of people, organizations, and locations have been changed to protect identities. I also asked respondents not to take any photos of people in the interest of privacy. Finally, before the interview started, I gave veterans an opportunity to remove any pictures they did not want to discuss.
I found that disposable cameras and photo prints facilitated participants' ability to see what they would otherwise take for granted. Unlike digital cameras or cell phones, veterans could not look at their photos until we met for the interview, typically 2 weeks later. In turn, the tactile activities of holding photos, pointing to objects, and physically arranging images into different configurations led to richer storytelling.

To reframe identities, participants give each photo a title. This analytical process requires respondents to see previously unseen relationships between elements in the photo. Akin to solving a jigsaw puzzle, participants fit abstract pieces together to tell a larger story.
Phoenix, a 36-year-old Army veteran, took a picture of his military medals and sobriety coins arranged on his bed (see Photo 1). 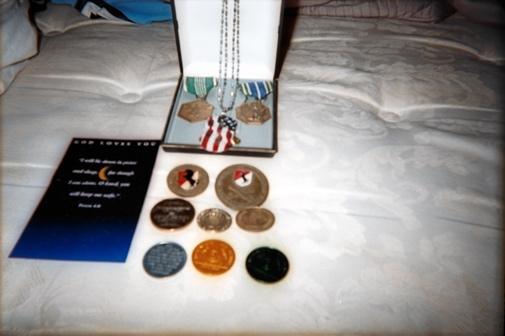 Phoenix: I don’t want to call it The Patriot and the Criminal. There are the awards from the military and my coins from rehab. How do I put that together? Patriot and Sobriety? That’s good. Or The Sober Patriot. No. How about Conflicted?
At our next session, Phoenix titled the photo Dr. Jekyll and Mr. Hyde:
Phoenix: I could be Dr. Jekyll, a normal man and succeed. And then, at night, I’d turn into this monster of addiction, putting my life at risk. I’d turn into Mr. Hyde. So, after seeing the picture, for all the wrong I’ve done, I did the right things too.
Phoenix’s title reflects two conflicting identities, which he pieced together into an experiential framework.
This strategy is equally powerful in coaching sessions. Titles like metaphors provide rich imagery, helping clients to bring inner struggle and confusion into sharp relief.

To focus emotions, participants tap into what motivated them to snap the photo. A single image contains a deep well of emotion, and this strategy accesses the murky depths that influence everyday choices. Joseph, a 56-year-old Army veteran, took a photo of City Hall (see photo 2). 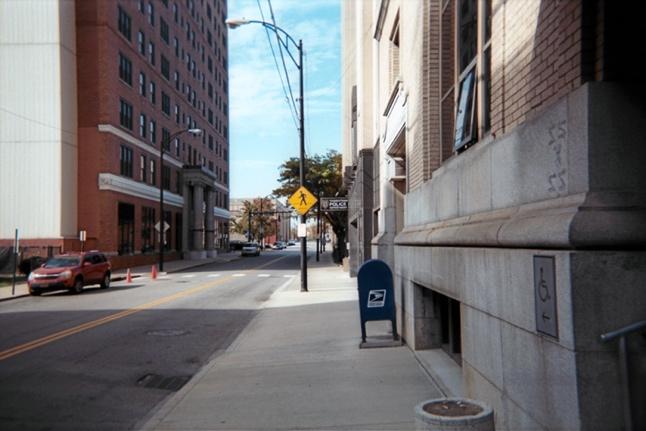 Joseph: That’s the building where I gotta go. That’s where Veterans’ Court is, the judge, and my probation officer. [He shrugged and glanced at me.] That’s it.
Úrsula: [We studied the photo in silence.] How do you feel about that building when you look at it now?
Joseph: I got mixed feelings. It’s there to help me, but it’s also there to hurt me. So, that building means a lot to me. This could be my last glimpse of the sky. When I go up these stairs, I don’t know what’s going to happen. If I piss off the judge, he could send me straight to jail. This would be my last look for a while.
Joseph’s poignant response illustrates how photos can bridge the gap between participants’ emotional undercurrents and greater reservoirs of truth.
In a coaching context, clients discover their emotions by gazing at the photograph. Like the Taoist proverb: It is only in still waters that we can see.

To widen the lens, participants place all photos in a grid formation and choose one that best represents their VTC experiences. This strategy unearths events that respondents have not previously shared.
Paul, a 52-year-old Navy veteran, selected his photo of the compliance report from the probation department (photo not available for publication). When I asked Paul what made the photo so important, he pointed to the second criminal charge of unlawful removal of property in the top right-hand corner.
Paul: See this? This is wrong. This is what I have my arguments about. I don’t go in houses and take things. I never did that. And these people said that I was with the guy that did it.
Paul explained that while he was guilty of driving with a suspended license, he had been wrongly accused of loading a dishwasher and other scrap metal into a truck without authorization from his neighbor. He widened the lens by revealing the unjust circumstances surrounding his plea into the court program.
This strategy benefits coaching conversations in two ways: 1) coaches gather new information and 2) clients gain a broader perspective from viewing the photo collage. In turn, choosing the most important photo sheds light on clients’ values and priorities.

The PEI strategies revealed hidden realities in veterans’ lives which placed them at increased risk for criminal justice involvement.
Veterans’ photos illuminated the court’s intimate involvement in and infringement on their everyday lives. They exposed how the judge’s system for randomly administering drug tests retraumatized veterans drafted by lottery into the Vietnam War. Participants also imaged that they had never accessed their veteran administration benefits until they pleaded into the VTC.
The photos however told a much larger story about respondents’ complex trauma histories before, during and after military service, including time spent in foster care and witnessing street violence. These findings contribute to a growing body of research on high rates of pre-service post-traumatic stress disorder (Hartwell, 2014) among justice-involved veterans.

Client-generated photos are powerful communication tools. Still images enhance laser-focused coaching by “providing context for questions and pertinent reflection” (Franklin, 2019, p. 13). To adapt PEI to a virtual coaching format, clients use cell phones or digital cameras and electronically send the photos to the coach. To make the familiar strange, clients agree not to look at the images until the next session.

Benefits of Coaching with Photos