Rituals in online coaching meeting to improve connectedness and engagement 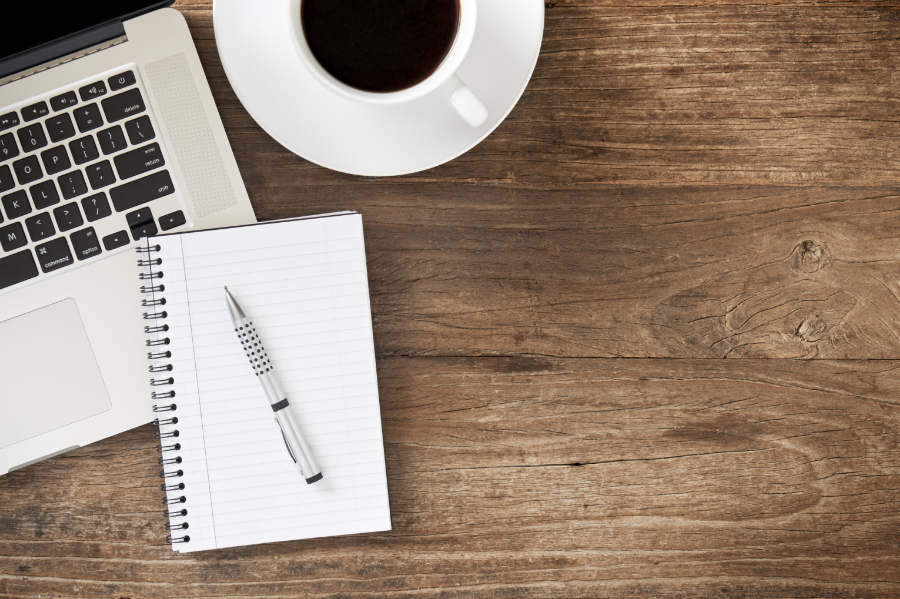 Due to numerous business trips, relocations, and tough client schedules, the use of online communication platforms for coaching sessions have been commonplace among executive coaches, even before the global pandemic of COVID-19.

Questions such as building trust, fostering a psychological safe space in which clients are able to discuss difficult topics, often related to highly personal content and creating a productive coach-client relationship, are of central significance for successful collaboration with clients. The importance of these questions is even more relevant in the context of virtual coaching.

Rituals are a social ‘phenomenon’ that have been observed consistently throughout society since the beginning of mankind. They are universal and found in all cultures, regardless of time and space. Rituals improve the likelihood of successful change of social groups and individuals. This includes the modern age of digitalisation.

Political, religious, secular, sacred…while we may be under the impression that they are disappearing in modern society, a closer look suggests that they are very much present. In the context of Millennials and corporate environments they are increasing in importance; they are becoming a tool for finding meaning and filling part of the gap opened by the lack of physical presence, relevant also in online coaching.

More than 100 years of interdisciplinary research has led to a broad and diverse insight into our understanding of a ritual, and thus multiple definitions may apply. For the purposes of this article, we will refer to rituals as: a set of carefully planned activities or behaviors that are repeated. They have a clearly defined purpose and demand a particular focus and presence of mind.

Several findings on rituals are providing context for online coaching. One of them is the understanding of rituals as signifying and accompanying change. Rituals are often formed at life stage transitions (child - adult), a change of marital status (single - married), or a change of location (moving to a new home). The goal of rituals during these stages is to aid the transition into a new social role, by letting go of the current and taking on the intermediate role, in which one is neither in the previous nor in the new stage.  This applies to the transition from the physical to the virtual world of coaching. Van Gennep's (1909/1997) describes rituals help with the difficulty of “letting go of being in the physical world" and "being here - in the virtual one.”

The transition from a home or office environment to a virtual meeting is much more than hitting a few keyboard keys on a laptop, or the act of turning the camera or sound on and off. It is about a venture in this intermediate stage, the “liminal” phase, which is often overlooked when one is overly focused on the result (Cook-Sather, 2006). V. Turner and many other authors (i.e. W. Bridges) describe this phase as vague, disorienting. The role of the ritual is to help get through this phase to the last step of taking on a new social role, or to feel part of a new environment. The goal of transitional rituals is to change the individual’s thinking, emotions, and behaviors (in our concrete case, to “feel at home”).

Another model of particular interest for online coaching was developed by Hobson et al. (2018). They developed a framework  that focuses  on  three  primary  regulatory  functions  of  rituals:  regulation  of  emotions,  performance  goal  states,  and  social  connection.

The psychosocial role of ritual in the process of emotional regulation plays out, for instance in situations when negative experiences are accompanied by fear, ambiguity, or stress.  Rituals function as distraction - they affect regulation of emotions through the diversion of intrusive thoughts (e.g. pre-game rituals used to limit the number of anxious thoughts by directing their focus on the completion of the ritual sequence instead).

Moreover, rituals regulate emotions by helping to provide a sense of stability in the face of an uncontrollable threat (a ritual satisfies a fundamental need for order, e.g. the motor control required for the ritual’s physical actions regulates emotions through the completion of the ordered movements).

Additionally, rituals can regulate emotion via certain physiological processes. Communal chanting and dancing can result in increased endorphin production, which is known to induce pleasurable feelings, reduce distress, facilitate coping with anxiety, and prompt feelings of satisfaction from the successful completion of the ritual’s acts. The latter strengthens the individual’s belief of having control over the situation. Research suggests that even naming certain activities “a ritual” regulates one’s feelings of fear and other limiting emotions, because the individual attaches special meaning to the ritual. Performing a ritual allows an individual to escape ego-based thoughts and anxieties; the individual feels they are part of something bigger than themselves (i.e. a group, a value system, a company). Rituals also play an important role in regulating performance by preparing the individual for a motivationally relevant context. They help focus attention and immersion into the goal context (i.e. students' pre-exam rituals, the morning coffee drinking ritual). A successfully completed ritual before an important task signals to the individual that they are capable and competent of achieving the goal. The processing is similar to the previous function of regulating emotion, but instead of generating feelings of order/control, the rituals instill a sense of personal mastery. Lastly, since rituals are often performed in important situations, performing a ritual leads people to interpret the situation as important, thereby transferring meaning and increasing the value of the associated goal.

Rituals have a role in regulating social connections: Performing rituals with others leads to joint attention, perception of emotional synchrony and self – other overlap (ibid).  It helps to promote trust and it contributes to a sense of belonging, consequently facilitating cooperation, social cohesion, and increased group support (Watson-Jones & Legare, 2016). Participating in a group ritual demonstrates commitment to in-group values and helps the individual identify with other group members. Rituals may take on a socialisation role in society: by performing rituals, group members learn and adapt to the group’s expectations, values, and its culture.

The crucial difference between routine and ritual is the level of attention and meaning an individual gives to each one. A routine is a certain way of doing things in a particular order that is repeated consistently in our day-to-day lives. It is a series of actions done regularly, which has no deeper meaning. It is done so often that the actions become (almost) automatic. Having a routine often saves time and energy, makes life easier, and gives a sense of security (Hasa, 2016). A routine can be turned into a ritual, if it is no longer viewed as something that just needs to get done, and instead is performed with attention and thought (ibid).

A ritual can also be compared to ‘ice breakers’, which aim to focus on: attention. While ice breakers are primarily about focusing on an activity to keep our minds on the same topic, a more transactional technique; rituals on the other hand, aim for a holistic and mindful experience - a full awareness of the self and others. A ritual is also not a role play, or an experience ‘as if.’  It is a co-creation between the coach and coachee. It has the depth of actual lived experience. A ritual that is performed in this way leads to a greater feeling of grounding and personal satisfaction.
The author of The Power of Ritual, Casper ter Kuile, reframes our established habits through the lens of ritual. This action gives an action meaning by diving deeper and reflecting upon it, and perhaps turning it into a ritual (i.e. reading a book as a ritual, creating a before-dinner ritual).

Norton proposed implementing rituals in corporate life. Creating a ritualistic way of starting a meeting will give participants a sense of control and familiarity in a new and uncomfortable situation (Berinato, 2020).

During one of the recent Institute of Coaching’s (IOC) international virtual discussion groups, led by Carol Kauffman, IOC Fellows exchanged opinions and experiences regarding the use of rituals in online coaching. Specific ideas for online coaching rituals included:

Rituals are an integral part of human history, woven into the societal and personal aspects of an individual. They help guide us through life changes, through demanding emotional states, and aid us in achieving our goals. Perhaps, most importantly, through a coach’s perspective, they direct meaningful attention to the self and others, the “here and now,” and they strengthen the feeling of connectedness, trust, and therefore cooperation. They connect to the inner theater and help to create new narratives.

Rituals need not be complex for them to be effective. We can create them ourselves, prepare them with specific situations in mind, and consistently implement their use in our work, which will attribute them importance and meaning.

We invite you to share your experience using rituals in coaching sessions:

Some courage for performing the ritual may be necessary, but consider this as an experiment—an opportunity for learning and improvement. The courage to step out of one’s comfort zone is the first step; and on the coachee’s side, we can help them create rituals to deepen connections with self and others. If we take a broader perspective—designing and initiating rituals in a virtual environment might be challenging, but it also brings playfulness, and just maybe, more vitality,  to our work. 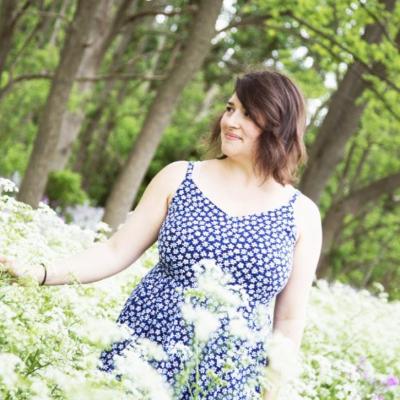 I just wanted to thank you for this.  My jaw actually dropped to the floor (in a good way) as I am in the middle/end of running a program with my coaching clients where we focus on a Small Ritual each and every week and is turning into the current book I am writing.  So much of what you write about is exactly what we have touched on, specifically the movement from one task or circumstance or the other aka the liminal space and how we can honor it as a form of ritual.  We even begin the entire program with the ritual of making the bed with intention every day.  It's simple, but has been incredibly profound and I have seen and heard from each of my clients what a major impact this has had.

The one thing that I did learn very early on was that I had initially set up a kind of accountability tracker on an app called habitshare.  It was a way for people to check off that they had done the ritual for the day.  However, I quickly let it go because I realized how that need to check it off was actually taking away from the power the ritual actually offers, which is a very different kind of attention and focus and sacredness.  So I very much appreciate your pointing out the difference between ritual and routine because even something as simple as adding or taking away that green check mark took it from one to the other.