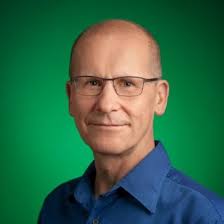 In early 2011, David joined Google, Inc., as Director, Leadership and Coaching, where he provides coaching to senior leaders, oversees internal and external coaching programs, and supports a range of executive development and organizational learning programs. Previously, he served as senior vice president and practice leader for PDI Ninth House’s worldwide coaching and leadership development services. His consulting work with PDI NH focused on coaching for senior executives in Global 100 companies, as well as helping organizations design their own coaching and leadership development programs. His clients included Target, Genentech, Hewlett Packard, Microsoft, Levi Strauss, Stanford University, Chevron, Shell, and Wal-Mart. He is the author and co-author of numerous articles and two best-selling books,  Leader As Coach and Development FIRST:  Strategies for Self-Development. Most recently he authored the chapter on Executive Coaching for the APA Handbook of Industrial and Organizational Psychology.   David is a frequent speaker at conferences on coaching, leadership development, and organizational learning. He has been featured in the Harvard Business Review, Wall Street Journal, Fortune, Time, CFO, Financial Executive, Working Woman, Training, Personnel Journal, Human Resources Executive, HR Magazine, Washington Post, and USA Today.?   A recent history of the field of coaching listed David as one of the primary influencers in the field of coaching, both for his early influence on the emergence of executive coaching in the 1980s, and for continuing to shape the field as someone "on the cutting edge of the profession, doing and saying surprising and thought-provoking things.”   A Fellow of the American Psychological Association, the Society of Consulting Psychology, and SIOP, he received his Ph.D. in industrial/organizational and counseling psychology from the University of Minnesota. David lives in San Francisco, with wife Alexis Shoemate and an adorable Tibetan Terrier named Pinot.